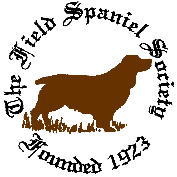 Mike opened his presentation by discussing the link to the nervous system and endocrine system via the Pituitary gland. The Hypothalamus found in the brain regulating these systems.

His talk centred on diseases of the Thyroid found in dogs, Hypothyroidism being the most common.  The Thyroid gland has different functions including its role in regulating metabolism, by producing thyroid hormones. Hypothyroidism occurring from the impaired production and secretion of thyroid hormone, the dogs own immune system kills the cells of the thyroid gland. This disorder can be found in all canines with some breeds having higher rates of the disorder.

He pointed out that these can also be symptoms for other diseases or illness.  There are a number of blood tests available to help in diagnosis.

Most dogs respond well to treatment using drugs such as Soloxine or Thyforon and symptoms should be gone in around 8 weeks.  If symptoms continue then the dose is not correct and should be titrated by the vet, or the diagnosis is incorrect and further tests should be carried out.

Jane discussed the different types of tumours/ cancers occurring in dogs, concentrating her talk on tumours of the mammary glands, oral tumours and osteosarcoma.

Mammary tumours occur frequently in female dogs. Normally these happen after the age of 2 years.

There is some debate about if and when bitches should be spayed, as research shows that spaying can alleviate the occurrence of mammary tumours.   Tumours are removed surgically, but as the mammary glands are connected removal of the affected gland may not be sufficient and therefore more glands may need to be removed to afford success. She stated that as a small breed in numbers we may see higher rates of mammary tumours as we tend to leave more bitches entire.

Malignant Melanoma and Squamous Cell Carcinoma are the most common oral tumours found in dogs. The reason for oral cancers in canines is not really known.

Symptoms; increased salivation, blood in the saliva, odorous breath.  Tumours can be found on the dog’s lips, tongue, gums and lymph regions surrounding the mouth.  Oral tumours can be treated in most cases, other than the tongue, with dogs managing to eat and live successfully.

Osteosarcoma, bone cancer, in dogs, affects any breed but most commonly found in the larger breeds. Osteosarcoma tends to be extremely aggressive and have a tendency to spread rapidly to other parts of the body.  Jane is interested in bone cancers and is working with the Flat Coated Retriever breed in this area.

Both talks were extremely interesting and well presented at a level for those attending to understand and questions were answered in depth.

The day started and ended with tea/coffee, with a lovely lunch served midday where everyone sat together at one long table to eat. We held a raffle and were able to raise a wee bit of money.

Thank you to our speakers and to committee members for providing such a good seminar and of course to those who took the time to attend, giving such positive feedback.

Mike Herrtage graduated from the Liverpool University and is currently Professor of Small Animal Medicine. He is Dean of the Cambridge Veterinary School and is in charge of the small animal medicine and diagnostic imaging services at the Queen’s Veterinary School Hospital. His clinical responsibilities include all aspects of small animal medicine and diagnostic imaging.

He has spoken at many international meetings and published over 200 articles in refereed journals.

Graduate of the Royal Veterinary College, worked as houseman / registrar at the Beaumont Hospital (RVC) before studying comparative oncology at the Royal Marsden Hospital, London. In 1984, moved to Cambridge as research assistant working on hyperthermia in the treatment of cancer, leading to DVetMed in 1989. Received BSAVA Woodrow award in 1994, Diplomate of ECVIM-CA, Internal Medicine in 1997, received BSAVA Blaine award in 2001.

Founding Diplomate in the subspeciality of Oncology in ECVIM, 2004 and founding member of the European Radiation Oncology Education & Credentials Committee, 2013. RCVS recognized specialist in Veterinary Oncology.

Main interests are in anti-cancer chemotherapy, radiotherapy and research into breed associated tumours in dogs. Co-author of Small Animal Oncology, co-editor of 2nd & 3rd edition of the BSAVA Manual of Canine and Feline Oncology and author of over 70 peer reviewed publications.